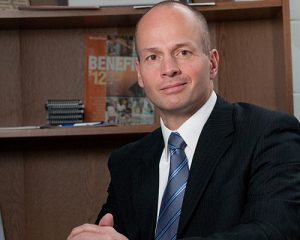 Veterans can expect to receive exceptional attention and service when they enroll at Northern Essex Community College according to the “Military Times,” which added the college to its “Best for Vets: Colleges 2016” rankings.

Northern Essex was just one of 25 two-year schools nationwide to receive this honor—one of 125 colleges and universities and one of 25 online and non-traditional colleges to receive the designation overall. More than 600 colleges took part in this year’s detailed survey.

“Achieving the ‘Military Times’ ‘Best for Vets’ ranking is a goal that NECC has been pursuing,” said NECC’s Veterans Services Director Jeff Williams. It is a very rigorous, data-driven survey and inclusion in its rankings is not easily accomplished. I am very proud of NECC’s inclusion in the ‘Best for Vets: Colleges 2016’ rankings.” 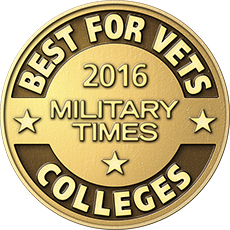 John Washington of Haverhill is one of the veterans served at the NECC Veterans Center. A 27-year veteran of the armed forces, he retired from the Air Force as a master sergeant in 2009. At 61, he wasn’t so much looking for a career, he says, as he was looking to further his education in a field he was interested in—wildlife sustainability. With assistance from Williams, Washington navigated the veterans’ services available to him and he tapped into the G.I. Bill.

“I had read about the Northern Essex Veterans Center,” Washington said. “Then I met Jeff and got comfortable with the school. The whole experience has turned out to be a very positive one for me.”

Now in its sixth year, the rankings factor in the results of the “Military Times” annual survey, the most comprehensive school-by-school assessment of veteran and military student services and rates of academic achievement.

The survey requested documentation of a tremendous array of services, special rules, accommodations and financial incentives offered to students with military ties. In addition, they were asked to describe many aspects of veteran culture on a campus.