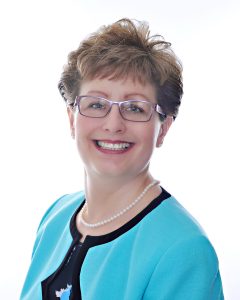 The Greater Haverhill Chamber of Commerce is putting the finishing touches on the 99th Annual. This milestone event will be a time to honor the winners of the Charles E. Billups Award, Jerry Loy Award, Community Leader award and the Chamber Service award. The event will take place on Thursday, June 4 from 5:30 to 9:00 PM at DiBurro’s Function Facility in Haverhill.

This hugely popular event will feature a beef tenderloin dinner, Hollywood themed entertainment and a keynote address from Angela Peri, Owner & Founder of Boston Casting. Ms. Peri has cast thousands of national, regional and local productions from feature films to commercials and industrials. A few notable works include: The Fighter, Seth Macfarlane’s TED, The Proposal, Here Comes the Boom, and Labor Day.

The 2015 Awards Recipients are as follows:

Cheryl will receive this award for her countless hours of support. Cheryl worked diligently alongside the Chamber’s bookkeeper on a time consuming and critical project, often spending her personal time, evenings and weekends to offer support and instruction. Her working knowledge of in-house systems was vital to the successful outcome of the project. Cheryl continues to provide support and coaching when necessary.

Ms. Lawlor will receive the award for her years of commitment, leadership and promotion of GHCC and its programs. Mary Ellen has been a long time ambassador of the chamber, offering time and skill to mentor new Chamber members. Additionally, she has been instrumental in the planning and execution of the Chamber’s downtown events, playing a vital role in the 2014 Chillfest endeavor. Mary Ellen regularly steps into leadership roles on committees and at events. Her unwavering support of the Chamber staff and programs has resulted in successful programs and opportunities for new and prospective members.

Mary Ellen is employed as a Sales and Marketing representative for Servpro of Haverhill. Servpro is a cleaning and restoration company that specializes in fire and water damage and mold remediation. Servpro was awarded the 2014 Annual Business Award in the category Service for Profit from the Haverhill Chamber and Mary Ellen is very proud to be part of earning such a prestigious honor.

This annual award is presented in acknowledgement of a local “unsung hero” who has made a positive impact improving the quality of life in the community. Steve Sr. has been very active in Georgetown and the surrounding communities for many years, even before he acquired Nunan’s over 30 years ago. He was the past president of the Essex County Florist Association and the Massachusetts Flower Growers Association, and a past board member of Hogan Regional Center. Currently Steve keeps busy as a member on the Board of Directors of Georgetown Savings Bank, in his duties as Owner and President of Nunan’s, and with his family of five children and seven grandchildren. The Flynn family has always been very active in the running of Nunan’s, with Steve’s eldest son Stephen Flynn, Jr., General Manager, helping to make Nunan’s stand out as a local, family run business.

Mr. Boisvert is being honored for his dedicated service to the Chamber and its Board. Always to be counted on to serve he has been an integral part of the success of several events, including the Annual Golf Tournament, the popular Restaurant Mystery Dinner, and the newly launched Top Chef Challenge. Additionally, Alan has given much of his time and talent, as well as showing support through donations of product and sponsorships.

Alan cites his family-owned Shawsheen Luncheonette as the catalyst for sparking his passion for cooking. Working with his parents from the age of 12, he recalls fondly long hours and many life-lessons learned. Alan graduated near the top of his class from the Culinary Institute of America in Hyde Park, New York and quickly began working for a four-star hotel in Germany, which would lead to a stint of 4 four-star hotels before opening his own restaurant, Keon’s 105 Bistro, in down-town Haverhill. Alan is proud of his cozy little upscale bistro that makes most everything served right on premise.

Ms. McCann is being honored for her continued leadership and dedication to the Member Services Committee where she has proven to be instrumental in the deployment of the Chamber’s Annual Business Breakfast Awards program. In addition, Jean leads the group in the monthly selection of the “Business of the Month” calling attention to those outstanding members of the Chamber that have gone above and beyond in their efforts in business and service to their community.

Jean has over 30 years of banking experience in both retail and commercial banking. She is currently a Vice President, Commercial Loan Officer at Pentucket Bank, having previously worked for Family Bank. She is or has been on several boards that include Rebuilding Together Greater Haverhill, Hillview Montessori Foundation Board, Sarah’s Place and the Greater Haverhill Chamber of Commerce. She has actively participated in the United Way Day of Caring, the American Cancer Society Relay for Life, Kidfest, and the Santa Parade. She is the chair of the Greater Haverhill Chamber’s Membership Enhancement Committee and was named Ambassador of the Year in 2002. In 2008, she was nominated for the YWCA’s Woman of the Year Award.

Ms. Rowell is being honored for her steady efforts to support the Chamber through committee work, event attendance, and most importantly her role as director and treasurer. Barbara was instrumental in creating the Chamber’s first finance committee, spearheading that same committee through which the annual budgets were achieved, overseeing the year-end close with our outside accountant and most recently her tire-less efforts in moving the Chamber through a challenging and lengthy data conversion process. We congratulate her for these efforts and proudly recognize Barbara with this great honor.

Tickets are on sale for $85 per person and will be available at the door. Reservations may be made by contact Beth Morrow at the Chamber office at (978) 373-5663. Additional information may be found at www.haverhillchamber.com.

Established in 1888, the Greater Haverhill Chamber of Commerce is the voice of business and the heart of 14 communities in Massachusetts and New Hampshire. We create and foster a prosperous business environment and support the growth and profitability of our members. We provide the resources, advocacy, information, networking and marketing opportunities for our members’ success.